The history of the Games goes back around 3,000 years, to the Peloponnese in Ancient Greece. It reached the height of their success in the 6th and 5th centuries BC, but then gradually declined in importance as the Romans gained power and influence in Greece. The Olympic Games were founded again in 1894 by Coubertin as a celebration of virility and were reserved for male athletes.

Women’s sport history started back in the 19th century. By the end of the 19th century, horseback riding, archery, golf, tennis, skiing and skating were being enjoyed among women in the upper social class. The first time for female athletes to participate in the modern Olympic Games was the second Olympic Games in 1900. Only male Greek citizens were allowed to participate in the 1st modern Olympic Games as well as the ancient Olympic Games. The only way women were able to take part was to enter horses in the equestrian events, sports that were considered to be compatible with their femininity and fragility, but were excluded from the showpiece events of track and field. Women’s athletics and gymnastics debuted at the 1928 Olympics. The penalty for women attending was death. To combat the effects of gender, the Olympic charter has made the presence of women mandatory in every sport since 2007. A variety of delegates from governmental and other major women’s sport organizations in different countries attended the international conferences. They discuss the current situations and issues facing women in sport, and announce a declaration and a strategic plan to improve the environments surrounding female athletes all over the world.

However, since 2007 the Olympic Charter has affirmed that: “The IOC’s role is to encourage and support the promotion of women in sport at all levels and in all structures with a view to implementing the principle of equality of men and women”. Equality in the available sports is one thing, but in many countries, women do not have equal rights to participate in sports and the opportunity to participate in the Olympic Games. Prior to the 2012 Olympics in London, three Muslim countries have never before sent a female athlete: Qatar, Brunei, and Saudi Arabia. However, they all bowed to IOC pressure and sent female athletes to London.

Recently, we have come across many outstanding performances by female players in soccer and baseball, which used to be considered a sport for only men. In the  Beijing Olympic Games, among the 25 medals that Japan won, 12 were won by female athletes. It seems that the gap between men and women in sport is getting much smaller when we look at women’s sport history. Although women have faced many challenges throughout history, they have come closer and closer to achieving gender equality and those advances cannot be ignored.

Even though the Olympic Games are now offering the same number of sports for women as they do men as previously noted, the Olympic Games also display unequal coverage through their networks. Female athletes are objectified on the field, much as they are on the streets. From coaches, to commentators, to the audience, women are looked at as commodities showcasing themselves for men’s pleasure, not as entities of potential and talent. Other than the fact that the chances of a stable income seem bleak for a female athlete in India, there is also the worrying question of job security. With the little funding that the teams and clubs receive for their training and gear, female athletes sometimes are pressed to work another job for additional income. There are still definite issues that must be solved concerning women’s sport. For example, female athletes who must raise their family and children often face challenges of balancing athletic career and personal life. There is still a low ratio of female coaches and executives in sports organizations. There are rising interests in women’s sport in the world, particularly in Canada, Australia, and the United States, and this movement can be seen in the international conferences on women and sport. 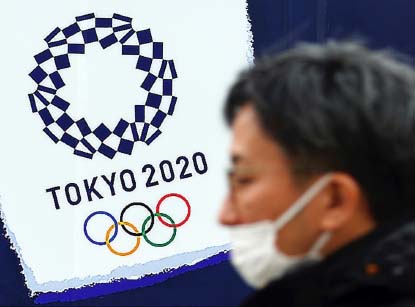 Despite the rising coronavirus cases in Japan and around the world, the Olympic Games are now concluded successfully. Covid-19 forced Tokyo 2020 organizers to postpone the Games for a year. After a year-long postponement, the Games were held largely without spectators. The Tokyo Olympics in 2021 are being heralded as the first gender-balanced Games in history. Almost 49 per cent of the athletes participating in Tokyo Olympics are women. The first Olympic Games to feature female athletes was the 1900 Games in Paris. When one looks at results, it was Karnam Malleswari’s bronze in Weightlifting at the 2000 Sydney Olympics (the first ever medal won by an Indian woman) that really set the ball rolling. Performances by Indian women improved ever since then, as 4 out of the next 12 Indian medals all came from women. In the Tokyo Olympics 2021, we see a lot of successful women engagements. PV Sindhu won her first women’s singles badminton match. U.S. women’s beach volleyball pair Alix Klineman and April Ross have taken gold at the Tokyo Olympics, handily defeating Australia in the final match. In the Hockey match, India lost to Britain but displayed character and gutsy play and stunned the mighty Australians in the quarterfinal. There’s a lot more to it.

Private entities have played a large role in commercializing sport to an extent where women in fringe sports can now expect to be given more attention and be able to financially support themselves to a significant extent. Thanks to major sporting events being broadcasted live and the use of social media to follow sports, Indian women are also now interested in sports, more than ever before. Although there are still innumerable challenges that India’s sportswomen face, the future for women’s sports looks promising. 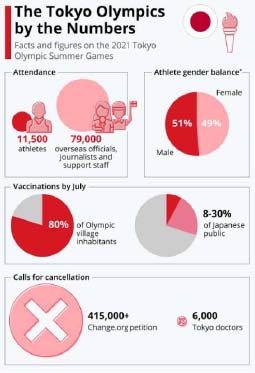 There has been ample assistance from the Sports Authority of India and one State that really helped the sport organize big ticket events is Odisha. When other States were reluctant to host events, Odisha stepped forward. It has even been sponsoring the teams from before the Hockey World Cup in 2018. Dr. Achyuta Samanta has a history of helping sports persons and helping them in achieving international fame. KIIT and KISS, which often extend its helping hand to sports persons, have come forward to help international sports persons. KIIT and KISS have proposed to provide employment to National medal winner, International Rugby player Sujata Pradhan and woman footballer Laxmi Munda. Not only employment but KIIT and KISS have also proposed that they provide all facilities for their studies. Sports Minister Tusharkanti Behera wished Dutee and other athletes and said, “The Odisha government is ahead of other states in the country when it comes to supporting sportspersons. We have been hosting various international events and providing the players with infrastructure of international standards.”

The female inclusion and success are not merely functions of size, wealth, and the advantages accruing to countries hosting the Olympic Games. Female success results from a more complex process involving the socio-economic status of women and, more weakly, broad societal attitudes on gender issues. Without being in their running shoes, we’ll never understand what it’s really like to survive and win, out there on the field. Despite all of these challenges, women are rising and making some serious history with their determination to reach the finish line. It is naïve to believe that this conditioning and situation can be changed overnight, but I do hope that this gets enough people thinking and maybe, just maybe, they’ll be the pro-changers we’ve been looking for, for a long time now.

The author Ms. Divyashree Das is a Second year student of B.A. (English) at the School of Languages, KIIT Deemed to be University, Bhubaneswar, Odisha, India