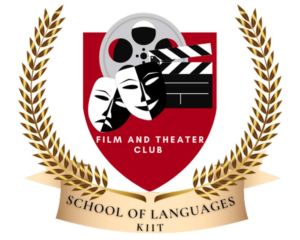 Learning has undergone changes over a period of time and more so in the globalized society where information has become an easy access with technology. Learning is not limited to the traditional textual reading anymore, but has taken giant leaps into varied forms like films, stage performance, visual arts and social interfaces. With this understanding, the Film & Theater Club is established by the School of Languages, KIIT (Deemed to be University) Bhubaneswar to contest, discuss and debate on two performative arts with an intention to enlighten the budding literati through interaction and discussion. The Club encourages students to develop their critical-cognitive to understand film and theatre performances from a third angle.

Theater has been the foundation of drama ever since times. Ancient Athens was the seat of culture giving impetus to various theatrical performances modeled after Greek mythology. The spread of the performance culture into nations over the many years culminated in the success of the artform reflecting societal issues like poverty, feminism, class divide etc.

The relationship between Cinema and Theater has been intertwined given that both the platforms serve as a mirror to society. These genres play a pivotal role in showcasing the voices of the downtrodden, and the marginalized. Not only the artforms just contribute to such causes but also creates moments in our life with knowledge, conscience, knowing the unknown, humour, bliss, laughter and enjoyment.