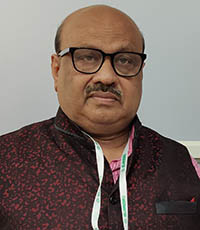 Dr. Beerendra Pandey works as Professor and Dean in the School of Languages (KSOL), KIIT Deemed to be University, Bhubaneswar, India.  He is a Fulbright scholar from the State University of New York at Stony Brook (USA) from where received an MA and Ph.D. in English literature. He also completed Graduate Certificate in Cultural Studies from the same university. Before visiting the USA as a Fulbright scholar, he had completed his undergraduate and post-graduate degrees in English from Tribhuvan University-Kathmandu and Bihar University-Muzaffarpur respectively.

Dr. Pandey has over thirty-four years of teaching experience from the UG to the Ph.D. Levels at Tribhuvan University, Kathmandu, Nepal.  He has taught self-designed courses in writing and rhetoric, trauma theory, affect theory, human rights literature and humAnimal studies. He has supervised more than fifty M. Phil theses and a dozen Ph.D. dissertations. Dr. Pandey also has the experience of teaching Managerial Communication at the MBA Level and is currently co-supervising a Ph. D. level work in the area of emotional intelligence and distributed leadership.

Dr. Pandey is a well-known writer in the area of literary and cultural studies. He has about half  a dozen books to his credit, including Intellectual History Reader (2005) and Movements in Cognitive Methodologies: New Boundary of English Studies(2007). He has authored eleven book chapters, and the most frequently cited of these—“Pedagogy of Partition Literature in the Light of Trauma Theory”—in Southern Postcolonialisms (ed. Sumanyu Satpathy) was published by Routledge in 2008. His next book article entitled “The Barking Dog and the Crying Bird in Partition Stories: Beastly Modernism and Subaltern Animism of Manto, Rakesh and Anand” is forthcoming in Beastly Modernisms: Animal Figurations in Modernist Literature and Culture (eds. Alex Goody and Saskia McCracken) to be published by Edinburgh University Press in 2022. Besides the above book articles, Dr. Pandey has written about two dozen articles in both national and international journals. His most recent paper entitled “Nailing Gandhi for Cracking India in Manohar Malgonkar’s A Bend in the Ganges and Raj Gill’s The Rape” featured as the lead article in Journal of Comparative Literature and Aesthetics (44.2 2021.).

In recent years, Dr. Pandey has devoted his critical attention to the development of his own Maithili literature and culture. He has contributed enormously with his critical writings on Nepali Maithili literature and Mithila painting for which the President of Nepal conferred on him the prestigious Vidyapati Purasakar in 2017. On the leadership role, he worked as the Secretary of Culture Committee, UNESCO-Project, Ministry of Education, Government of Nepal, Kathmandu from 2015-2019. 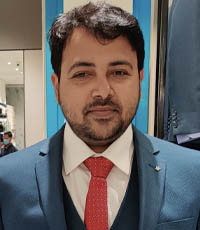 Dr. Sahel Md Delabul Hossain is Assistant Professor and Coordinator (UG & PG Courses) KIIT School of Languages. He is B. A. (Honours) in English, B. Ed. and M. A. (AMU), M. Phil. & Ph. D. in English from Dept. of HSS, IIT (ISM) Dhanbad. He teaches Core English, Professional Communication, and Business Communication. Dr. Sahel has also taught Commonwealth Literature to the students of Foreign Exchange Program in KIIT, and Literature and Language courses in KISS. He has presented and published many research papers in national and international journals in India and Abroad. He has won the ‘Inder Mohan Thapar Research Award 2017’ in IIT (ISM) Dhanbad for his publication. He is guiding Ph.D. research scholars in KIIT. His research interest includes Commonwealth Literature (Postcolonial Fiction), ELT and ESP, Race Relation, Gender Studies, Translation Studies, Digital Humanities, ELT and ESP, Educational Technology and Professional Development. His hobbies include social work, games and gardening. 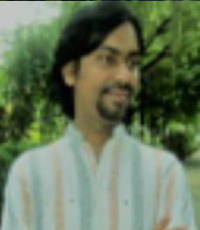 Dr. P. K. Das is an Assistant Professor in the School of Languages. He has done his M. A. (English) Utkal University, M. Phil. and Ph. D. in English Literature from the English and Foreign Languages University (EFLU) formerly known as CIEFL Hyderabad, India. Prior to joining KSOL Dr. Das taught in Christ University, Bengaluru. He has also done PGDRD, PG Certificate in Teaching English, PG Diploma in Teaching English, B. Ed. (English) EFLU and PG Diploma in Communicative English, University of Hyderabad. Dr. Das is Member of Board of Studies for PG and UG, Syllabus Committee in School of Business Studies and Social Sciences and KSOL. He has been external examiner for doctoral scholars. He has published 11 research papers and 12 book chapters. His research interest includes Indian Literature, Indian Writing in English, English Language Teaching and Translation Studies. 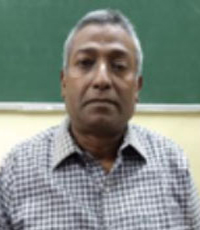 Prof. Subhranshu Mohanty is MA in French and trained in France in Teaching French. He has 26 years of teaching and training experience in French language and English teaching at International School Kodaikanal, Guwahati University and Tata Consultancy services Ltd. 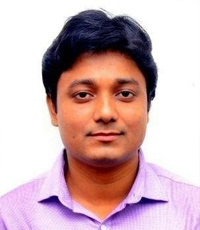 Mr. Tanmoy Putatunda is an Assistant Professor of English in the School of Language, KIIT University. He is also a doctoral candidate in the Department of English, Visva-Bharati, Santiniketan. He has a cumulative teaching experience of 6 years in the Postgraduate and Undergraduate.

Prior to joining KIIT University, Mr. Putatunda served as the Head of the Department of English Language and Literature, Adamas University, Kolkata. He also taught in Bhairab Ganguly College (PG English), Belghoria, Kolkata, as a guest faculty and worked as an instructor in the Spoken English course conducted by Visva-Bharati. He secured first class in both Undergraduate and Postgraduate course of studies from Department of English, Visva-Bharati.Mr. Putatunda was awarded UGC- Junior Research Fellowship (JRF) in 2013. He had been engaged in a research project undertaken by IIM Kozhikode. Mr. Putatunda has presented papers in national and international conferences and published research papers in prestigious academic journals and books. His research interests include Urban Studies and literary representation of cities, Literary Theories and Criticism, Postcolonial and Postmodern Literatures, Indian Literature in English, Travel Literature, Popular Literature, Cultural Studies, Film Studies, and Literature & Visual Arts. 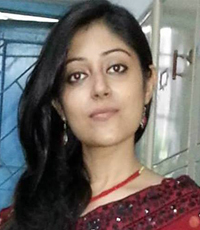 Debanjali Roy is an Assistant Professor in the School of Language, KIIT University. She has a cumulative teaching experience of seven years in the Postgraduate and Undergraduate level of studies. Prior to joining KIIT University, she was a faculty member in the Department of English, Adamas University and also served the position of Assistant Dean, Students’ Affairs for a brief period.

She was a recipient of T.S. Sterling Scholarship for academic excellence in Undergraduate studies from Presidency College (presently University), Kolkata. Besides M. A. in English Language and Literature from University of Calcutta, she also holds a Post Graduate Diploma in Journalism and Mass Communication from Jadavpur University. She is a pursuing her Doctoral degree from the Department of English, University of Calcutta and has significantly contributed to the field of Applied Linguistics and Literature through her research publications and academic affiliations. Her research and academic interest areas include Applied Linguistics and ELT, Elizabethan Theatre, Romantic Art and Literature, Modern Art and Literature, Popular Fiction and Culture, Film Studies, Creative Writing.

Her dedication towards academics received recognition in the form of Professional Scholarships funded by the Regional English Language Office (US Department of State). She was also an awardee of the Travel Grant sponsored by University of Calcutta to Oxford University, UK and the prestigious Erasmus Mundus Teacher Exchange fellowship for the year 2020 funded by the European Union. 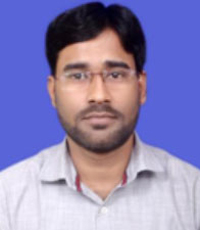 Mr. Pravin Kumar Gupta is working as a German language trainer in KIIT Deemed to be University, Bhubaneswar (Odisha) since August 2014. Along with imparting classes on German language proficiency he also teaches English (Language Lab) as well as Hindi in the University. Prior to his association with KIIT University, he was part of many corporate houses including Caliber Point, Deutsche Bank & S G Analytics. He has also worked as a corporate trainer at Wipro, Hyderabad in 2014

Being a student friendly teacher, he has insight into both the corporate as well as academic world. He focuses on activity based, effective learning. During his tenure in KIIT University he has had the fortune of teaching students of various nationalities. 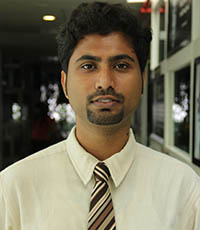 Dr. Gourab Chatterjee is an Assistant Professor of English in the School of Languages, KIIT deemed to be University, Bhubaneswar, Odisha. He has 8 years of undergraduate and postgraduate level teaching experience. Before joining KIIT he worked as an Assistant Professor of English in Adamas University. Prior to that he served as the Head of the Department in the Department of English and Literary Studies, Brainware University for two years.

Dr. Chatterjee pursued his BA, MA and MPhil in Comparative Literature from Jadavpur University and obtained his PhD in Arts from the same University in 2018. He also did a Certificate Course in Swahili Language from the Department of African Studies, Delhi University.Being an avid reader and a researcher in the field of African Literatures, he is one of the founder members of the Centre for Studies in African Literatures and Cultures, Jadavpur University and taught there for nearly three years.He received State Fellowship from the Government of West Bengal and served the Department of Comparative Literature as a research fellow. He also worked as a Junior Research Fellow in the International School of Dravidian Linguistics, Thiruvanthapuram, Kerala. During the time of MPhil, Dr. Chatterjee received the SRTT fellowship offered by the School of Women’s Studies, Jadavpur University. Dr. Chatterjee authored two modules in Project ePathshala, An MHRD (Ministry of Human Resource Development, India) Project under its National Mission on Education through ICT and took part in the Project Bichitra, funded by Ministry of Culture, Government of India, undertaken by the School of Cultural Texts and Records, Jadavpur University as a Project Operator. He presented papers in different international conferences and published book chapters and papers in various reputed journals. Dr. Chatterjee is also a proficient translator and undertook many translation projects. His research area includes Comparative Literature, Cultural Studies, Cross-Cultural Literary Studies, Orature and Literature, Reception Theory, Literary Theory and Literatures of Africa. 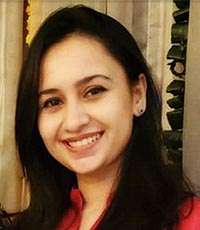 Dr. Shipra Gupta is an Assistant Professor of English in the School of Languages, KIIT Deemed to be University, Bhubaneswar, India. She has been teaching undergraduate and postgraduate level students since 2014. Before joining KIIT she worked as a Post-Doctoral Fellow, Centre of Excellence for Translation and Life writing at Rama Devi Women’s University, Bhubaneswar which was funded by the World Bank under the OHEPEE program.

Dr. Gupta completed her Masters and M.Phil. in English Literature with a specialization in American Literature and Film Studies from Utkal University, Bhubaneswar. She obtained her Ph.D. Degree from KIIT Deemed to be University and her focus area was film remakes across cultures. She has presented papers on film studies/criticism in national and international conferences. Her research articles have been published in journals and as chapters in edited books that are indexed under Scopus, Springer and UGC. Her research interests include Media Studies, Culture Studies, various forms of Life writing and Trans-cultural Adaptations.