Captured and Captioned was a 72 hours challenge competition organized by the KIIT school of Languages (Deemed to be university). The main idea behind it was asking the participants to capture and caption the moments that illustrate their “Life Indoors” which was the theme of the competition.

The Writers’ Club published the modalities of the competition on 17th June 2021. Students were advised to send their photographs in between 19th June 2021 to 21st June 2021. A fair number of students participated, capturing some spectacular photographs through their lens and penning down incredible captions encapsulating the struggles, beauty and myriad feelings and wishes attached to their current state of life. All the participants adhered to the rule of wording the caption with no more than twenty words. Each person was allowed only one entry in JPEG format.

The following participants were declared as the winners:

The Writers’ Club appreciates and cheers everyone who participated and the Club promises to bring more such activities that fascinate the Club members and the students of the KIIT School of Languages. 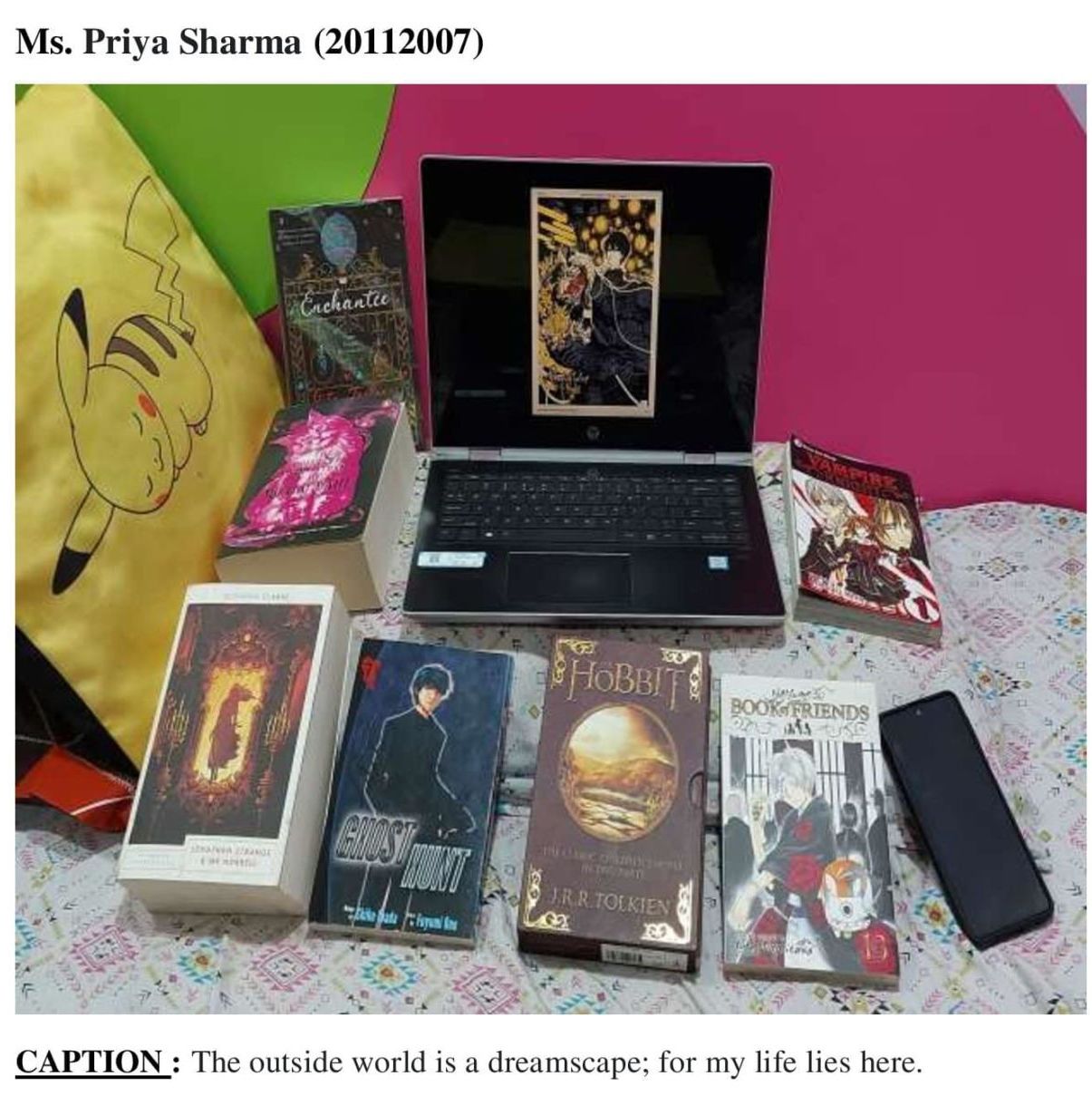 The Writers’ Club organized a weekly event to encourage students to create and get their works showcased in front of the whole world. Different prompts were provided each week. Participants brainstormed and posted the best of their quotes, snippets, flash fictions, poetry, mono acts, spoken word poetry, and stand-up comedy on the given prompts with the provided hashtags. The submission receiving the maximum number of comments and likes (while following all the guidelines) within 24 hours was exclusively featured on the social media handles of KSOL on the following Sunday. 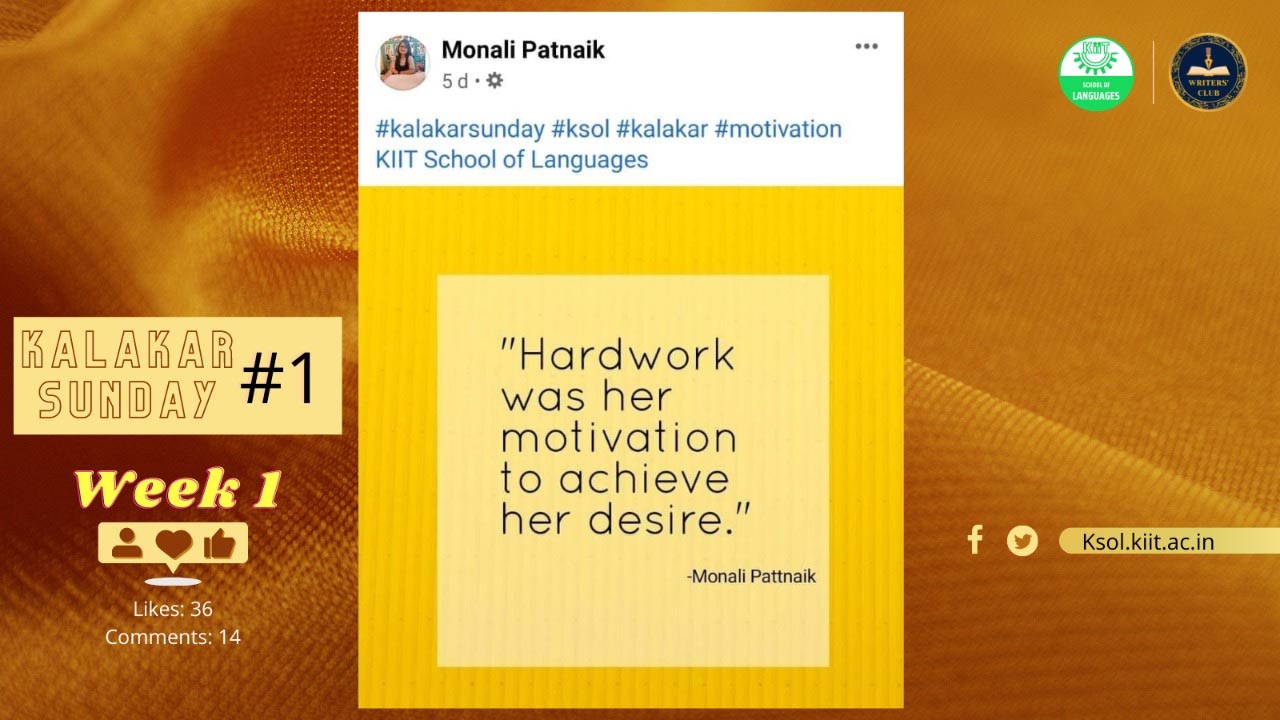 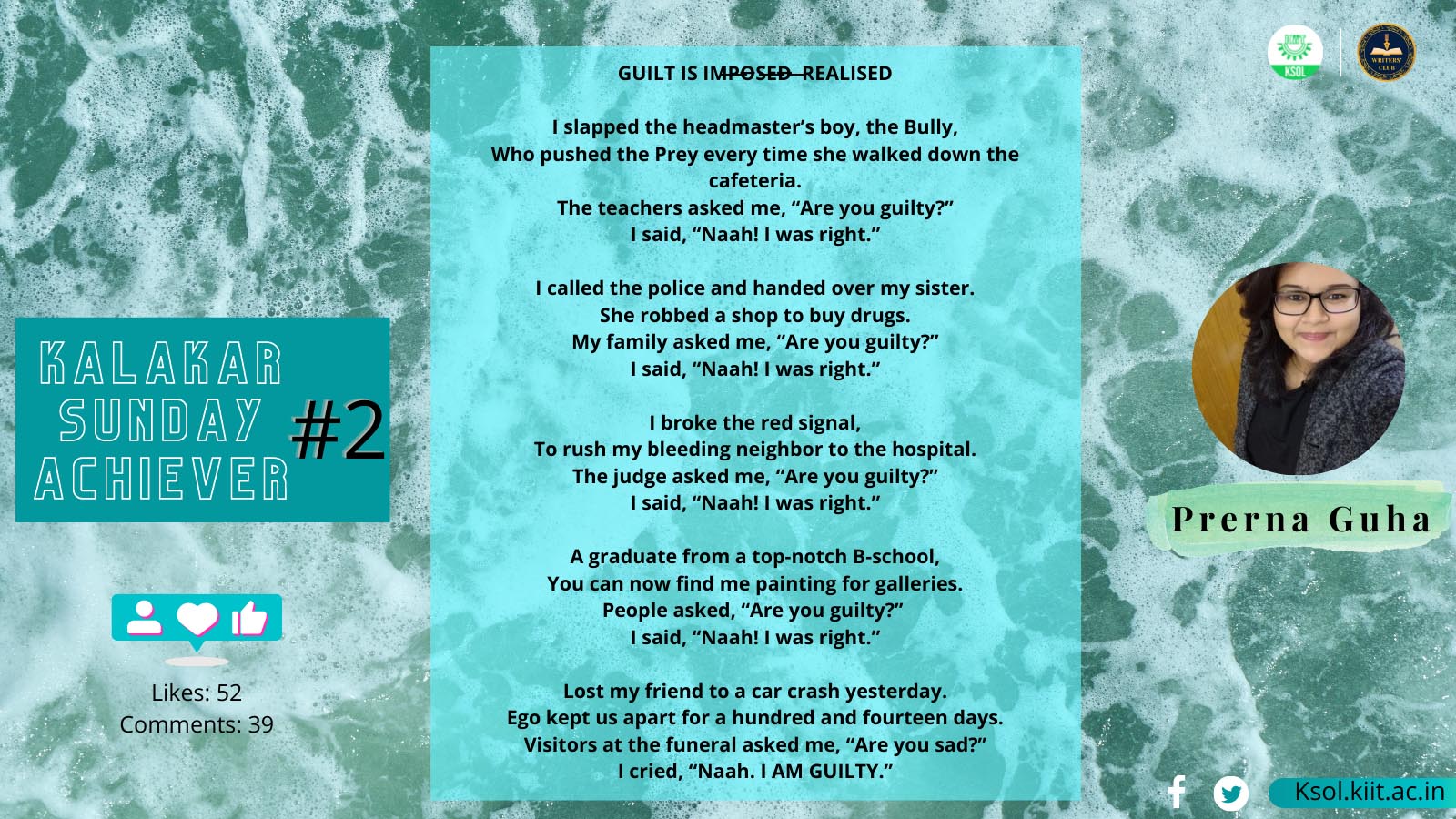 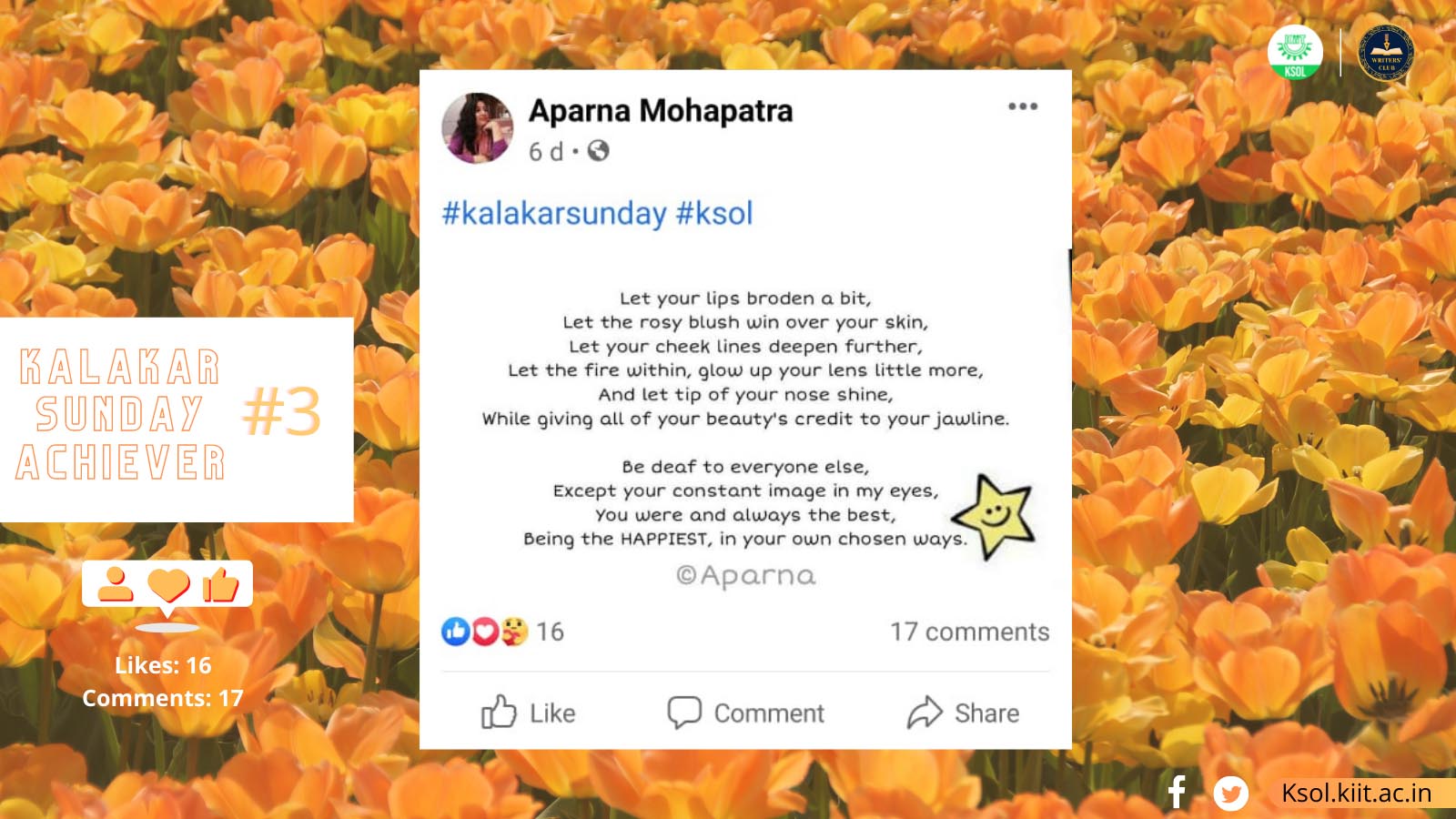 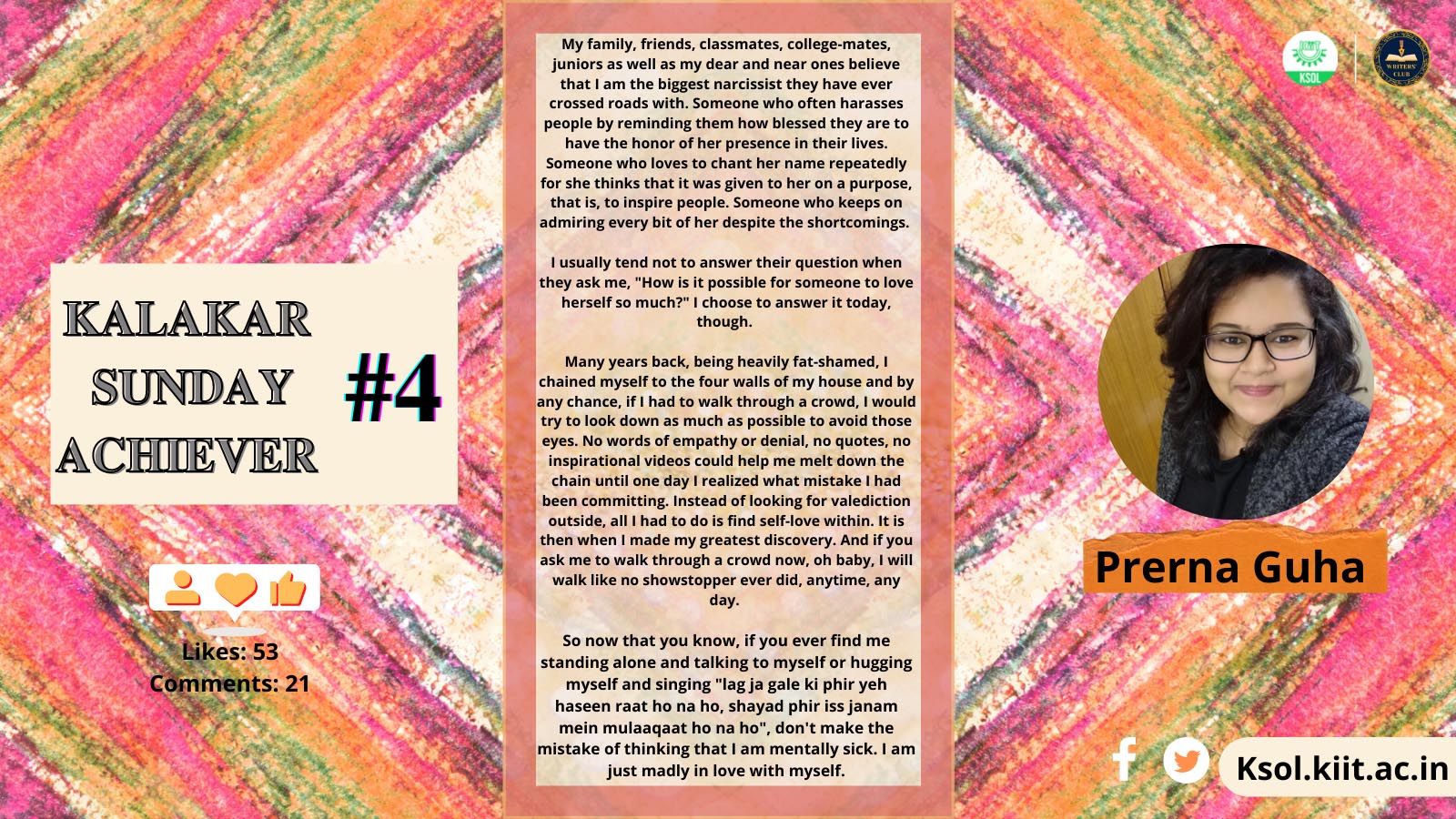 The Writers’ Club conducted a poetry writing competition titled ‘Inner Voice’ from 22nd March, 2021 to 29th March, 2021. The students of KIIT School of Languages poured out their thoughts giving shape to their inner voices and showcasing their creative expressions. 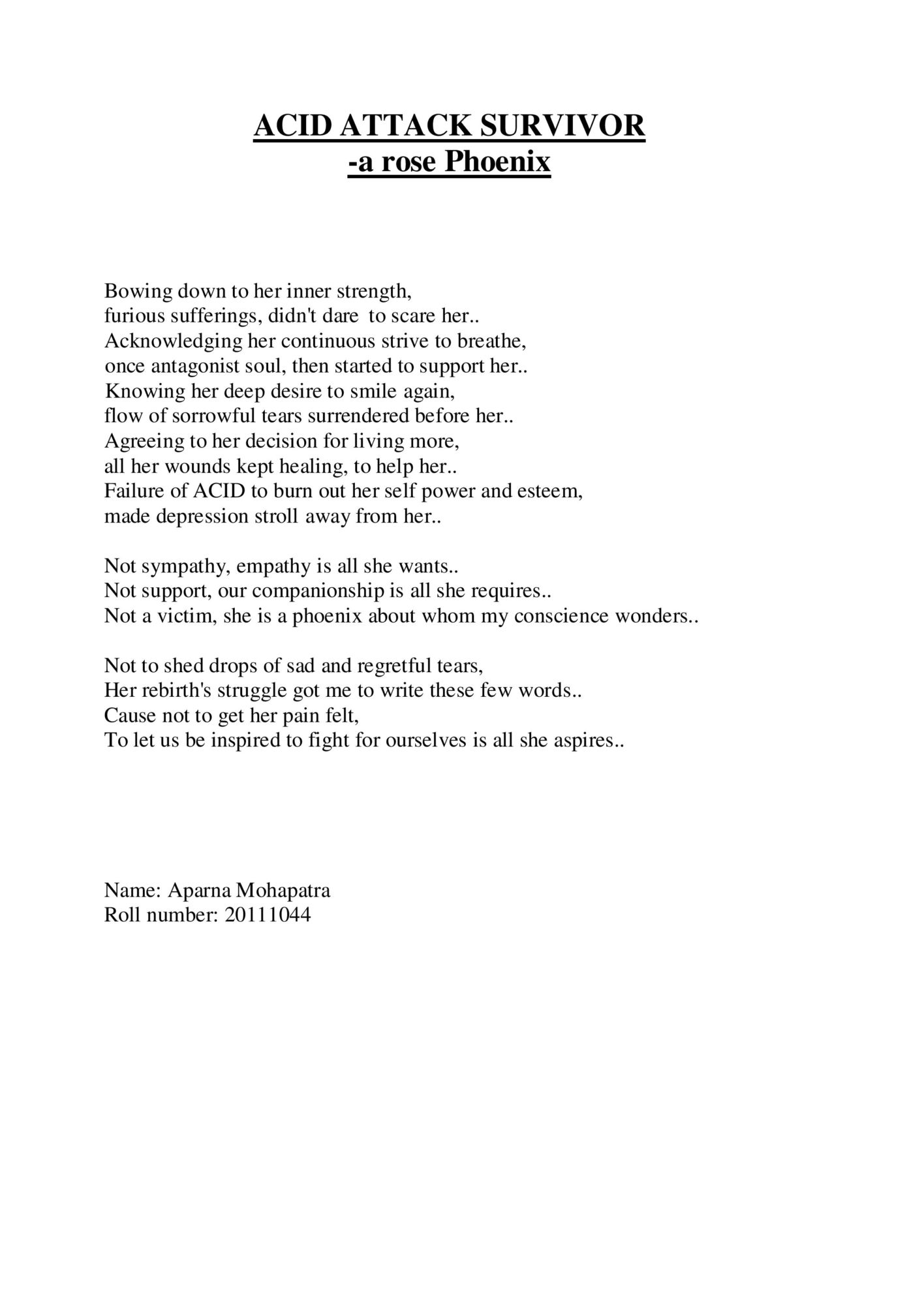 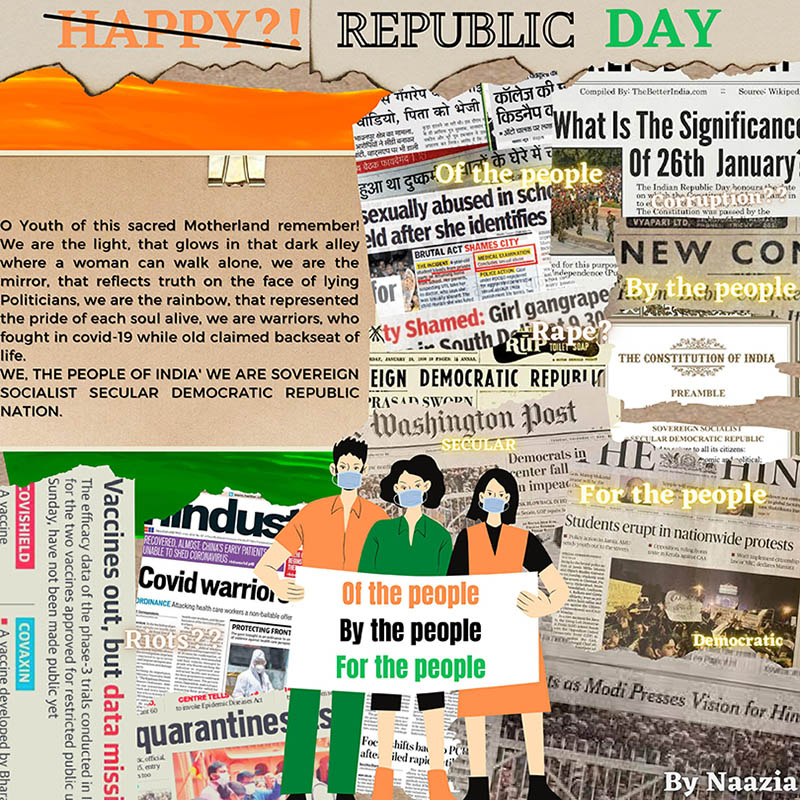 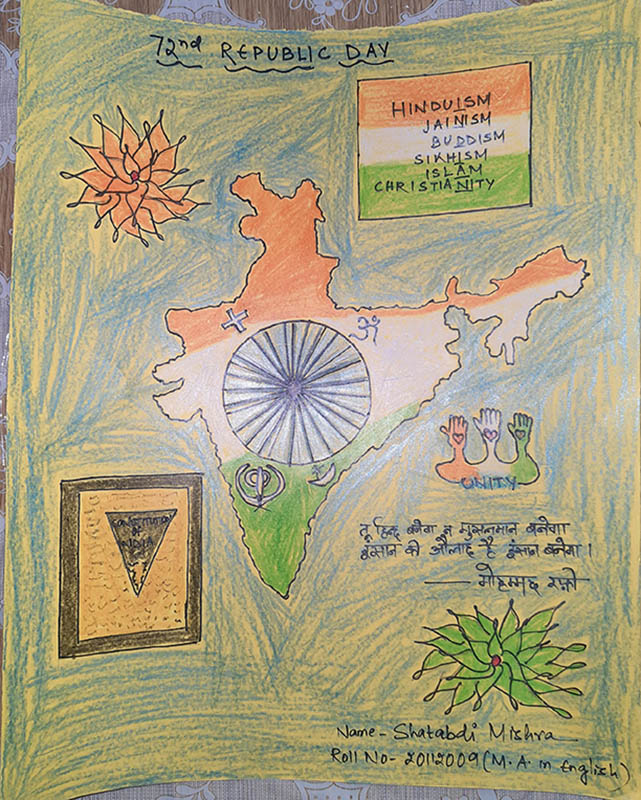